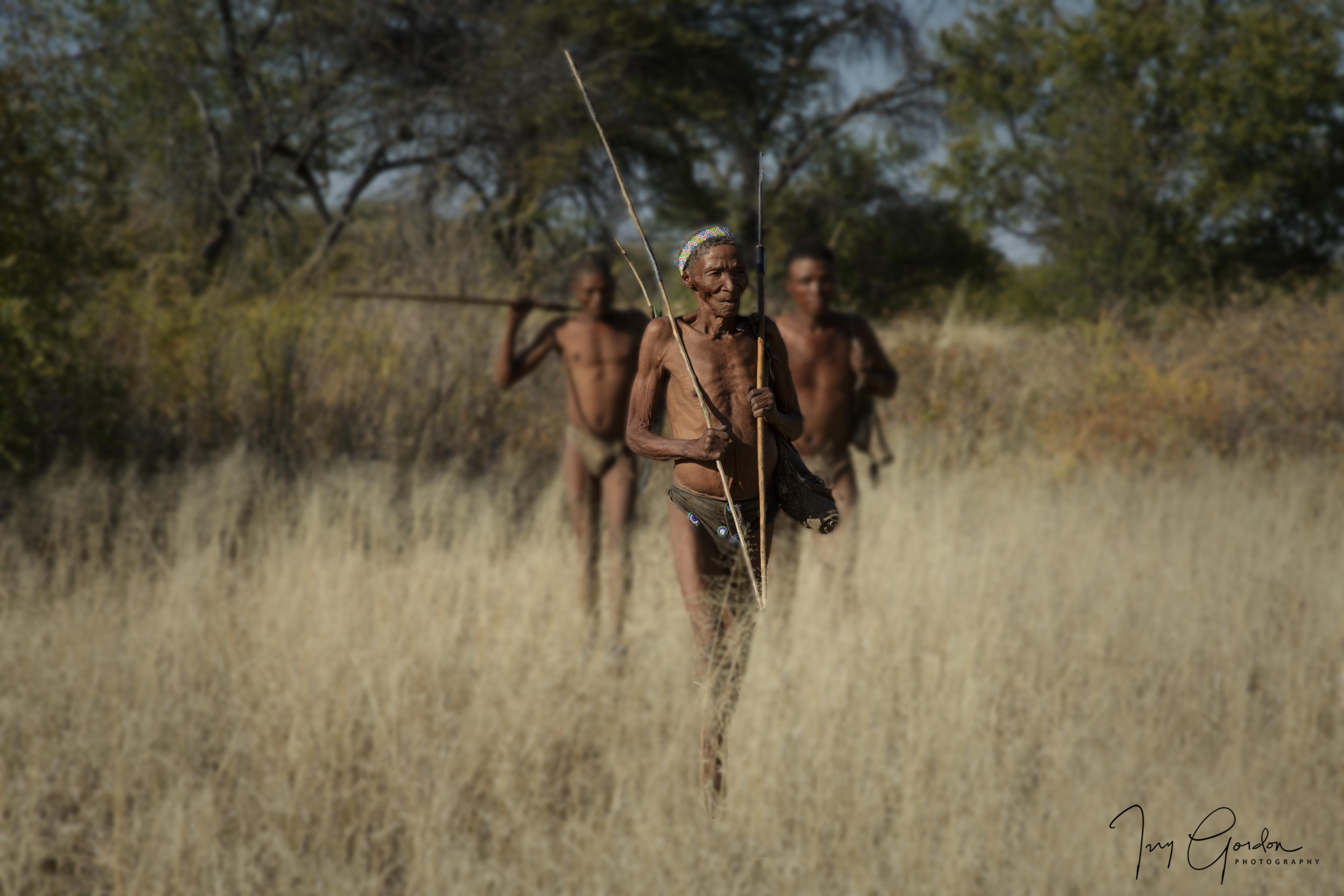 Those of us of a certain age might have been introduced to the African bushmen watching the delightful film “The Gods Must Be Crazy” in the early 80s. Anthropologist have done many studies on this ethnic group, more properly known as “San” people. They are said to be descendants of Early Stone Age people. Genetic evidence suggests they are one of the oldest, if not the oldest, peoples in the world, going back perhaps 60,000 years. They are dispersed throughout Namibia, Botswana, Angola, Zambia, Zimbabwe, Lesotho, and South Africa.

The Sans are nomadic. In the mid 1600, the European settlers exterminated the San whom they thought inferior. They called them “Bushmen” and wiped out 200,000 of them in 200 years. Around 150 years ago the Bantu tribes and white colonists invaded their ancestral lands, murdering and oppressing them resulting in their population decrease from several million to about 100,000 today. San communities have always lived in the desert regions however, eventually nearly all San communities in southern Africa were forced into arid areas. The San remained in poverty where their richer neighbors denied them rights to the land.  The San people are on the shorter side and have skin that wrinkles early in life.

I’d like to share some portraits of these gracious people and images of their ancient traditions and village life.

In hunter/gatherer societies the roles of men & women are distinct. Women provide approximately 80% of the food by gathering berries, nuts, and roots. The remaining 20% is meat hunted by the men using poisoned arrows and spears. Their hunting & gathering economy and social structure had remained virtually unchanged for tens of thousands of years. The San did not farm or keep livestock.

The San have a loosely knit family culture where decisions are made by universal discussion and agreement by consensus. An individual’s opinion is weighted according to their level of skill and experience in the particular field of discussion. Although role distinctions might appear sexist, women have a high status in San society, are greatly respected, and may be leaders of their own family groups. They make important family and group decisions, their opinions often taking precedence, particularly where food is concerned. They also claim ownership of water holes and foraging areas. The territory of a family may stretch to a 25-mile circle or more to provide sustenance.

The average life expectancy for the San is about 45-50 years. 50% of children die before the age of 15. Respiratory infections and malaria are the major reasons for death in adults. Only 10% become older than 60 years. Alcoholism is a big problem in Namibia in the Ju/’hoansi communities. Having no tolerance for alcohol increased drunkenness and crime have led to a general decline in family structures and community well-being.

Starting a fire with a stick in a hole

the homes in the village in Nhoma

With the help of academics and NGOs, the Ju/’hoansi bordering Namibia and Angola have managed to secure land rights. They are still permitted to hunt within their boundaries, despite being a game conservation area, as long as they use traditional methods.  Living in poverty and trying to maintain their culture, tourism provides a means of generating some money by selling crafts and demonstrating their traditional skills.  As with many cultures, their intersection with modernity provides no easy answers.
This entry was posted in Travel.